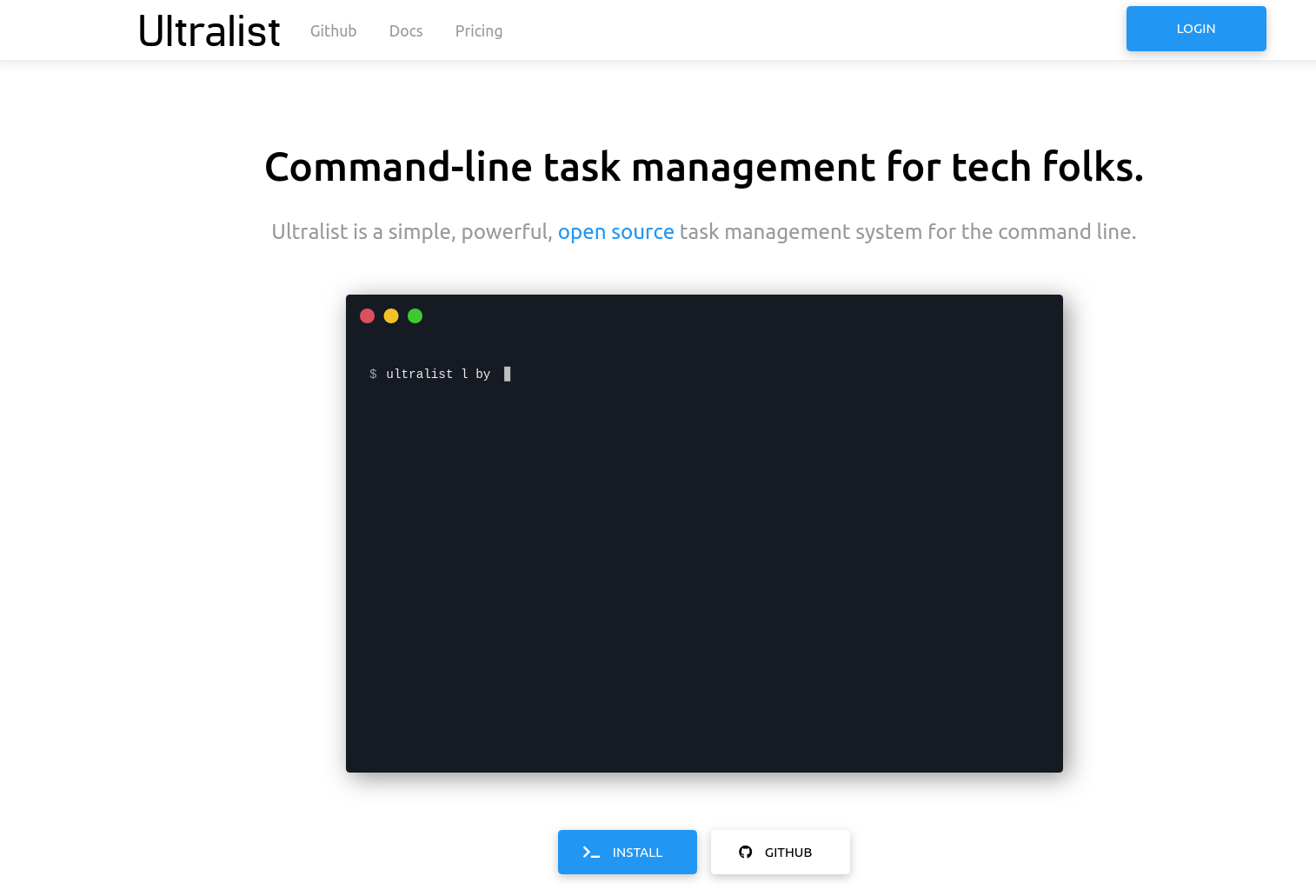 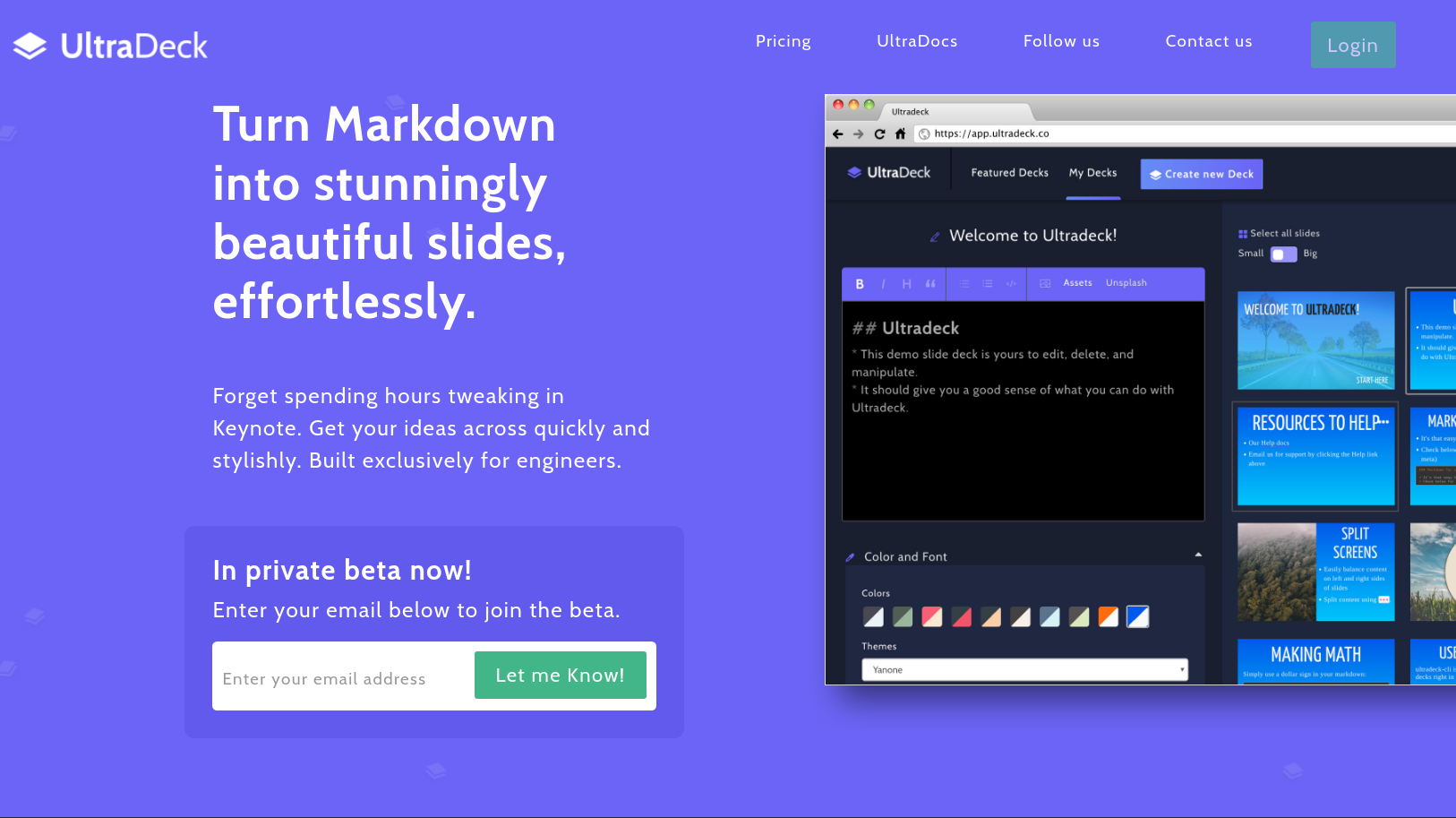 Built my own SaaS, called Ultradeck. Ultradeck was a developer-focused app to quicly create beautiful slides.

It did not get traction, but I learned a ton about product development.

While Ultradeck is no longer online, the storybook still is. The storybook gives you an idea of the breadth of the app.

I intend to open-source almost all of Ultradeck, starting with a stripped-down version of the frontend that communicates via a go-based binary to drive the slides. 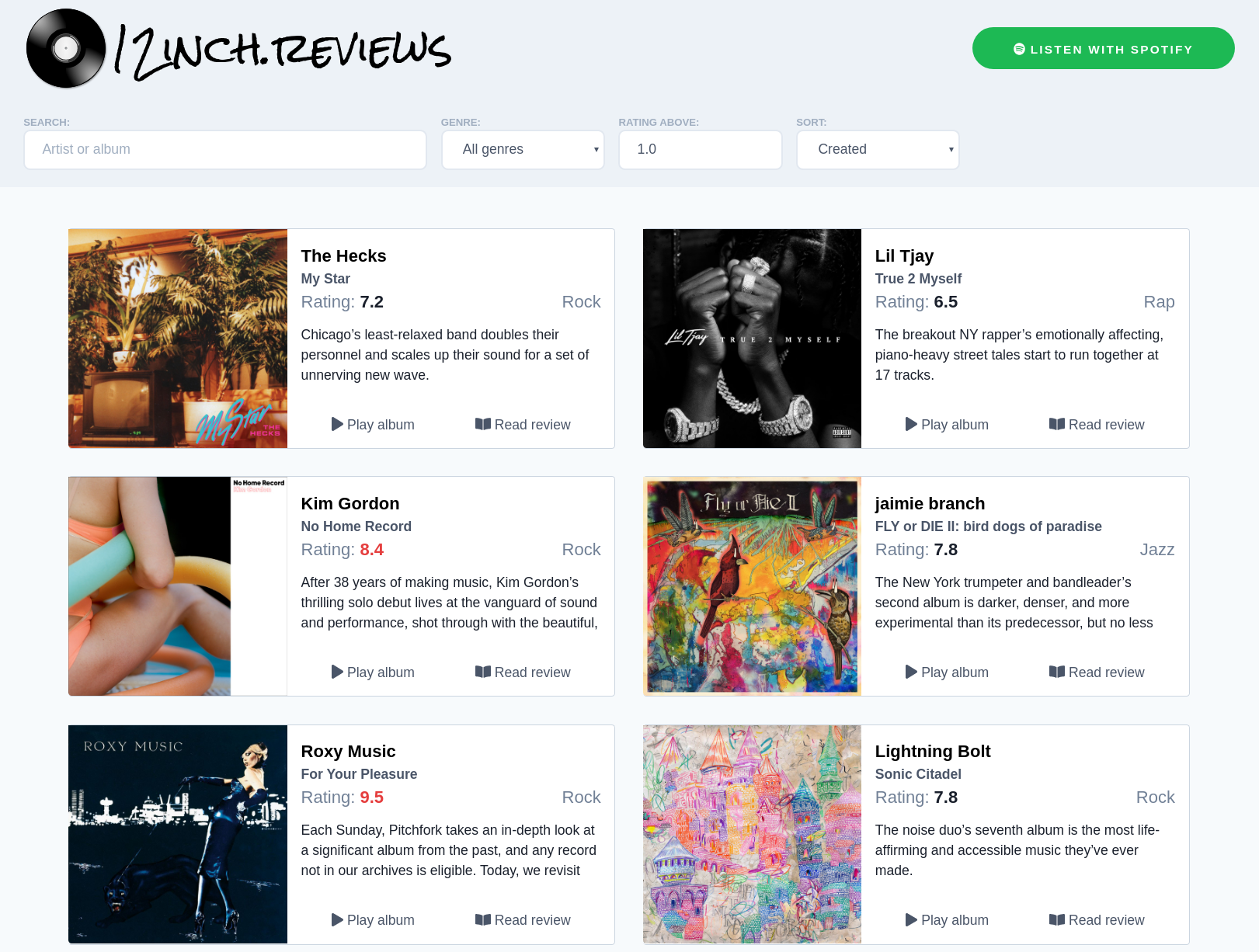 12inch.reviews is a mash-up of Pitchfork reviews and Spotify’s web playback SDK, allowing you to quickly search for great music, and play it right on the website. 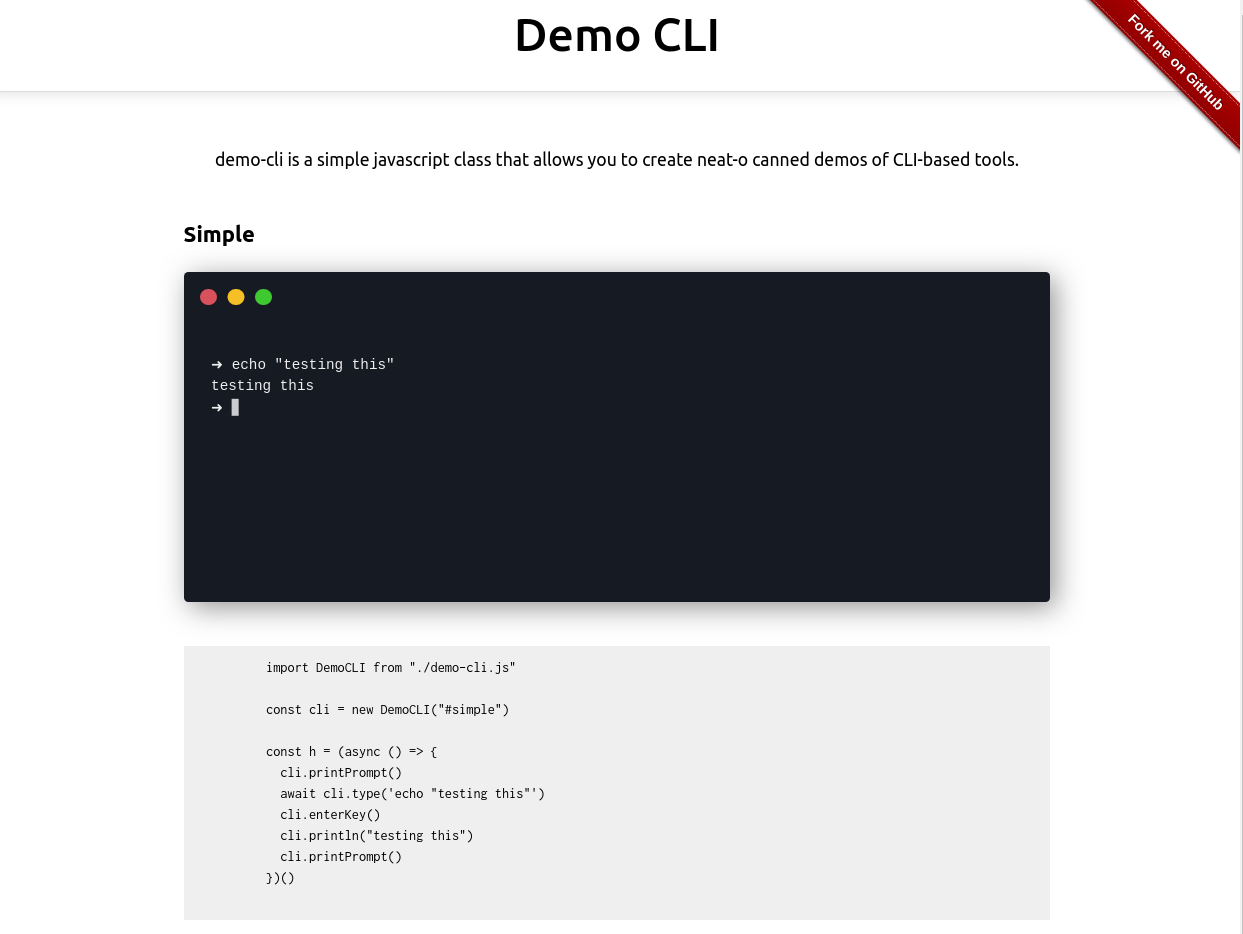 Created a simple library to show terminal-based demos in the browser. Used in the marketing site for Ultralist.

fake_arel is a gem I wrote in 2010 that allowed developers to use Rails 3 query syntax in Rails 2. It accomplished this by clever use of named scopes.